Jorge Masvidal gives props to Kamaru Usman after UFC 261 KO: ‘He won this fair and square’

Immediately after he was knocked out, Jorge Masvidal seemed to take his second loss to Kamaru Usman in stride.

Seconds before the finishing exchange, Masvidal was smiled and goaded Usman with his hands down. No excuses were made for the loss, but Masvidal stated he thought his confidence got the best of him.

“It’s the first time in my career (that I’ve been slept), and it’s in front of all my people, my family, my friends, so it hurts,” Masvidal said during his in-cage interview following the official decision. “I’ve never been knocked out (cold) in 50 pro fights. Usman showed me something that he didn’t show the first fight. I didn’t feel his power, and that’s what happens when you get overconfident, man.”

Dana White praises Kamaru Usman after UFC 261: ‘You’re an idiot if you think this guy is boring’

Colby Covington reacts to Kamaru Usman’s UFC 261 win: ‘You shouldn’t be happy or praising yourself’

Before the fight, Masvidal said he envisioned Usman engaging him more in wrestling – an area the first fight centered around. For this camp, Masvidal focused on his cardio and grappling, but it was mostly all for naught.

“I thought we were going to wrestle more,” Masvidal said. “I was ready to wrestle 25 minutes. All the props to him in the world. He caught me by surprise. He’s got my number. There’s nothing I can say. He won this fair and square and God bless him, man.”

For Masvidal, the loss means back-to-back defeats, both against Usman. Last July, Masvidal dropped a unanimous decision to Usman in a fight he took on six days’ notice. The losses come on the heels of a three-fight winning streak. The knockout defeat was the first time Masvidal had been finished since May 2009. 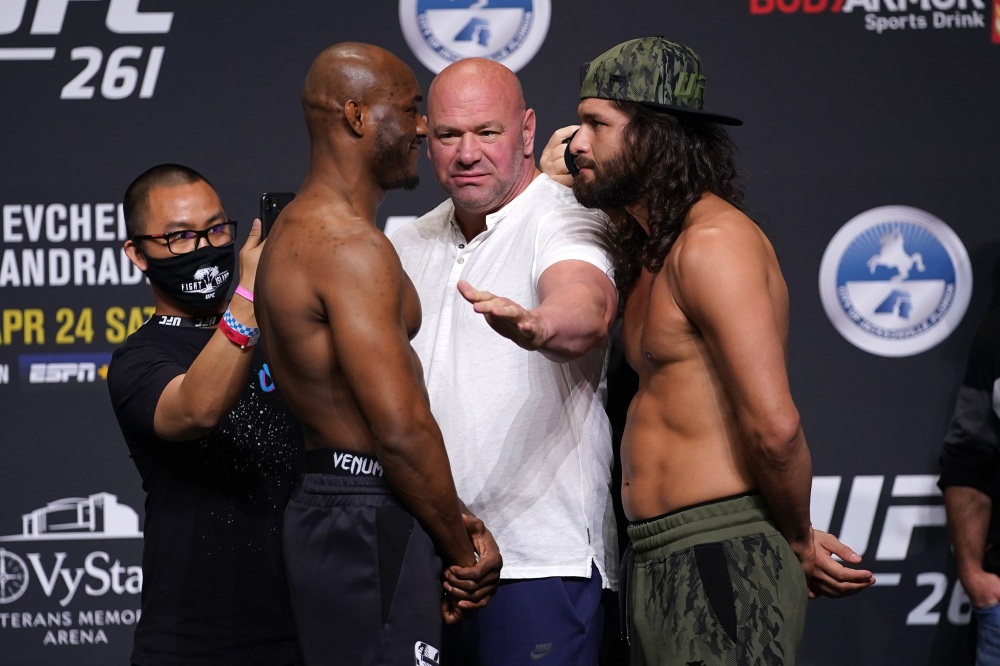 Deaths Mount at an Indian Hospital After Oxygen Runs Out

Can Drunk People Get The COVID-19 Vaccine At Fiesta?

Biden's patience may have delivered a breakthrough