Of all the dangers facing investors at the moment, few are scarier than the Federal Reserve making a mistake. The bad news: This mistake has already happened—the only question is how impactful it will be.

It has been a choppy week for stocks. On Thursday, they rose as investors digested news that Russia may step in to ease Europe’s shortage of natural gas, and of a temporary debt-ceiling deal in Washington. The bigger picture is that many investors still seem willing to buy the dip after what has been the biggest drawdown for U.S. equities since late 2020.

Arguably, the market had been too comfortable for too long, priming it for volatility as soon as trouble arose in the form of China’s property-sector woes, worsening supply shortages and the looming U.S. debt deadline. An underlying driver behind the latest—admittedly small—drawdown was a jump in bond yields, which took returns on 10-year Treasurys to above 1.5% from 1.3% in less than a week. They have now stabilized somewhat, which may help stocks.

The reason yields rose so quickly is that central banks made a blunder.

When consumer-price indexes picked up speed earlier in the year, rate-setters argued that this wasn’t the kind of “demand-pull” inflation that can be cooled with higher borrowing costs, but rather a temporary bout of “cost-push” inflation caused by pandemic-reopening effects and shortages.

These temporary issues, however, have persisted. As a result, the Fed has started to change its tune, with officials suggesting that bond purchases will be reduced as soon as November, perhaps as a first step to lifting interest rates in 2022, even though growth forecasts have deteriorated.

This shift is even more striking elsewhere. Based on what officials have said, investors now price in three rate increases by the Bank of England next year, when a month ago even one was uncertain. The Reserve Bank of New Zealand has already taken action. Rising housing costs are also playing a part.

No matter which side of the “transitory inflation” debate investors fall on, the inevitable conclusion is that officials were either wrong before—and should have started tightening earlier—or are wrong now. By speaking about tighter policy in the future they have already enacted it in the present, through higher bond yields.

This mistake could well be short-lived, but portfolio managers need to consider all possibilities.

Those who believe officials are behind the curve have already been piling into inflation-protected bonds. They should avoid regular bonds, and shares that benefit from rising yields but have historically suffered during big inflationary periods, such as those of banks.

But the more likely scenario, which the market is pricing in, is still that inflation is temporary. This isn’t the 1970s: Despite rising input costs, most companies’ profit margins aren’t being severely squeezed, nor are labor-union strikes threatening to trigger a price-wage spiral. Officials may soon realize that interest rates are powerless to fix supply bottlenecks, and a poor way to curb housing excesses. Even if hawkish rate-setters get their way, there is a big chance they will eventually have to reverse course, given that labor markets around the world are still affected by Covid-19 and fiscal-policy support is diminishing.

This would imply not giving up on technology stocks, buying Treasurys if yields go higher and, of course, preparing for a bumpy road. Options that insure against volatility are expensive, but investors may want to consider them as a hedge anyway. A market in which monetary policy has the potential to seesaw should above all be a more turbulent one. 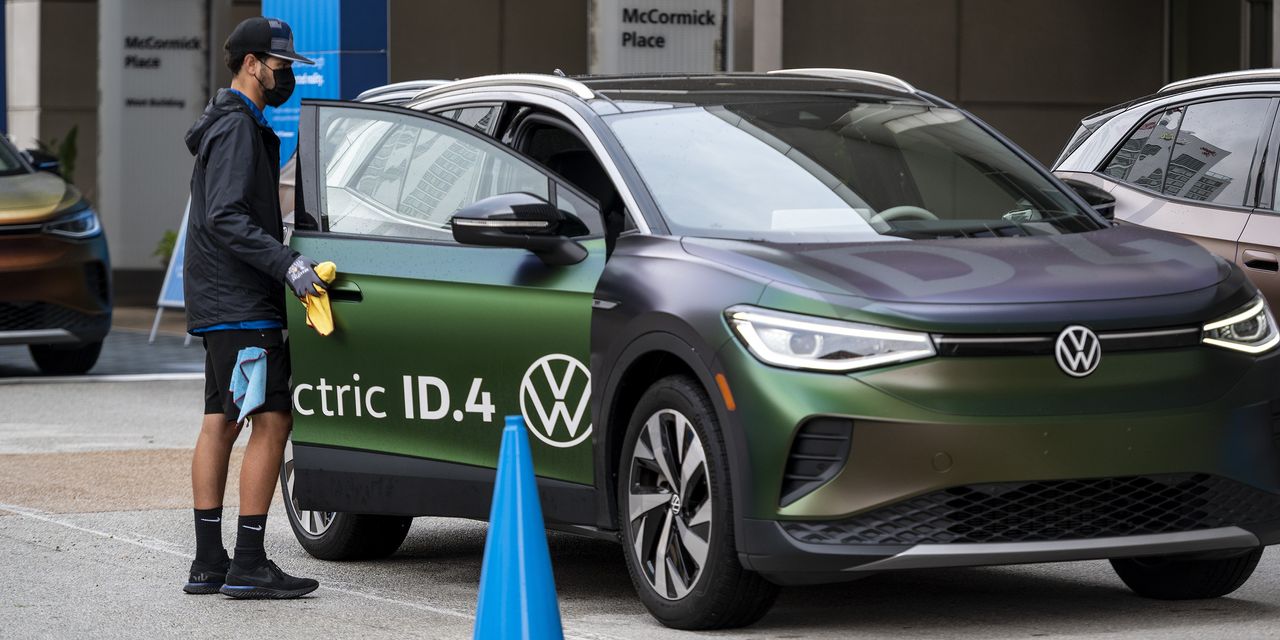